Meghan Aruffo’s acting experience started at a young age performing in Duxbury Massachusetts’s Snug Harbor Dinner Theater at the age of seven. She even appeared in a Nessen commercial that aired at the Boston Red Sox games. She ventured into Musical at the age of nine appearing in Oliver as one of Fagan’s boys. She also has professional training in Ballet, Jazz, Modern, Tap and Pointe having performed in the Nutcracker Ballet as a party scene girl, mouse, rose petal, and Snow Princess. She also performed with the Academy Youth Dance Company. Meghan’s other musical performance roles include Ariel, the female lead in Footloose the Musical and lead Dorothy Brock in 42ndStreet. She traveled with competitive show choir winning several awards for her performances. She also sang the National Anthem at the Chicago Railcats games.  Meghan Performed with the prestigious Broadway Theater Project‘s Musical Review “Musicals Old and New” at the Tampa Bay Performing Arts Center in various roles.

Meghan Graduated at the University of Central Florida where her passion for performing was more focused on Television and Film. She worked on several student films at FullSail. Meghan Booked a Principal role of Aimee Dudley on Investigation Discoveries “Dead of Night” filmed in Jacksonville Florida. She also appeared in several Commercials including Mercedes Benz, T.J. Maxx, Taps from Scratch, GetBuzzed, Walt Disney World Resort, and Universal Studios Orlando Resort.

Meghan studied with Art Sake Acting Studio in Orlando Florida focusing on scene studies, auditioning on camera, Meisner, and received the Flight Award while studying under Yvonne Suhor. After college Meghan Moved from Florida to Los Angeles to take her career to the next level. She studied at Margie Haber acting studio’s fundamental Intensive on camera with Barbara Gannon. Meghan currently receives private coaching with Craig Wallace,Tim Powell, and Alan Pietruszewski to hone her acting skills.

Meghan enjoys working out daily and living a healthy lifestyle. She loves to travel and always has her passport ready to go. She enjoys pending time with her Pomeranian, and loves getting lost in books. Some of her interesting skills include singing, having taken vocal lessons from Mary-Kay Wilson, actor Patrick Wilson’s mom. She also has traditional cheerleading experience, basic juggling, and is an excellent swimmer, having been a Lifeguard for Walt Disney World. Meghan is on the path to success and cannot wait to see where her story ends.“If a dogged work ethic and a fully formed identity can lead to opportunities that knock, then Meghan Aruffo might just be the new girl next door”(The Huffington Post). 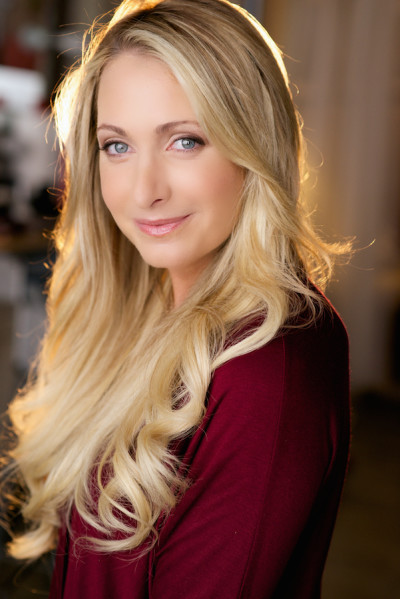