Mat Vansen is an actor and singer based in Los Angeles, CA best known for his roles in the feature films Shadows of Halloween, This is Gonna Be Awesome, and American Blackout. He has also been featured in live theatrical productions in roles such as Seymour in Little Shop of Horrors, Professor Bhear in Little Women: The Musical, and Eli and the world premiere of Poseidon’s Regret.

He is a graduate of Arizona State University with a Bachelor’s degree in Theatre. Completing numerous acting courses, improv training, stage movement, and even singing for the actor courses Mat has received well-rounded training both in and out of the University setting.  Mat has also participated in on-going training in stage combat including rapier, dagger, sword, staff, and hand-to-hand.

Most recently Mat performed in a staged reading of Dog Sees Godby Bert V. Royal, bringing to life the role of Bethoven in this coming of age story based on the original Peanut’s comics filled with angst, heartbreak, friendship, and intense feelings of love and regret. He also finished filming his feature Horror debut in Shadows of Halloweenthis summer which takes an anthology of horror stories and brings them together for a chillingly thrilling tale.

In his free time Mat enjoys reading, hiking, spending as much time with his friends as possible, and exploring new exciting ways to witness and create art through acting, music, dance, and media. He is currently in his second year of Spanish study and has a goal to learn at least 5 languages in the next 10 years. Mat is looking forward to many years of exciting work and success in the Los Angeles entertainment industry. 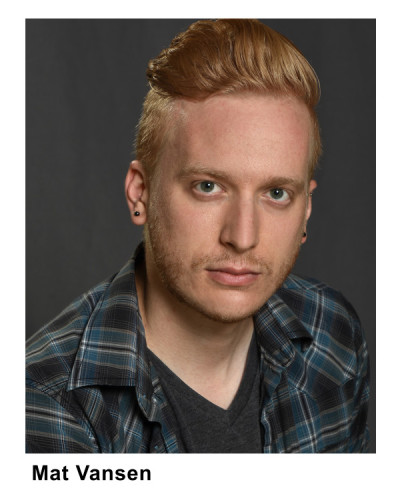