Hayden Wilder has been working on the stage since the humble age of three. He loved acting the moment he saw Star Warswhen he was three.  He is most proud of his performances in musical theatre such as The 25thAnnual Putnam County Spelling Bee. Recently, he has shifted his focus onto film acting in various short films.

Hayden has studied various acting techniques such as Meisner and Stella Adler at Sarah Lawrence College in New York. He has also been studying Shakespeare since he was six. Additionally, he attended the British American Drama Academy in London where he attended a master class with Fiona Shaw of Harry Potter and also studied high comedy.

Besides acting, Hayden is an avid reader. Having learned to read at the age of two, his tastes range from Dickens and Stephen King. He is also a major film and television buff, particularly of horror and animation.  He strives to see at least 100 new releases a year and write about them in his journal. Hayden yearns to work in the next big Oscar darling! 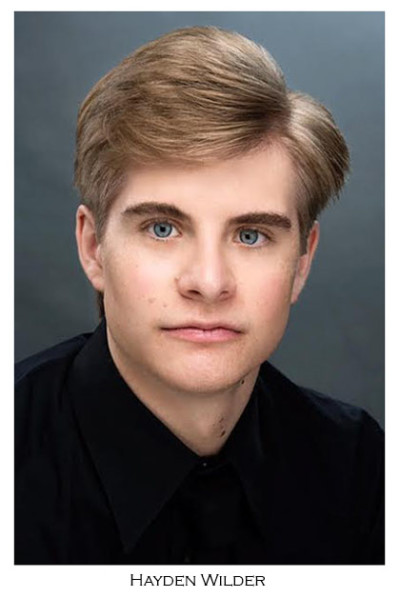