Cesar isn’t your normal, southern gentleman. He always knew he had a love for television and film and would eventually make the move to LA. In 2016, he graduated from Arkansas State University with a degree in Public Relations. He believes his degree has helped him with marketing and pitching himself. He originally planned to attend the University of Miami and receive his Master’s Degree in Broadcast Journalism. However, he knew it wasn’t completely what he wanted to do, so he finally made the move to the west coast in late 2017.

Cesar participated in acting and modeling workshops at the age of 14. Before making the move to Los Angeles, he started working with Daytime Emmy award winner David Tom to get those acting muscles going again. He plans on starting acting classes at the Actor’s Studio soon with Annie Grindlay to really nail those auditions.

Aside from acting, he enjoys running. He recently ran his first half marathon and plans to run more. He says there’s a great feeling of accomplishment when you finish a race.

While some say it’s hard to believe, Cesar is 100% Hispanic. He says people tend to think he’s just “someone with a good tan.” Both his parents are from Montemorelos, Nuevo Leon. His first language learned was Spanish while he picked up English in school. Many could not believe Spanish was his first language, because he has no accent when speaking either language. He believes this will give him an advantage. Cesar is very family-oriented. He says he wouldn’t be able to pursue this dream if it wasn’t for the unconditional support from his family. He tries to visit home every chance he gets.

Cesar is excited about this next chapter in his life. He feels like he is finally where he was meant to be. He is finally wrapping his head around the fact that LA is his new home but is very happy where he came from – Monette, Arkansas. 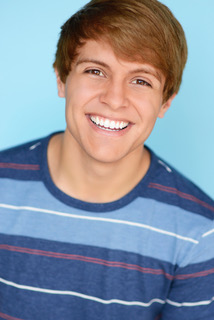 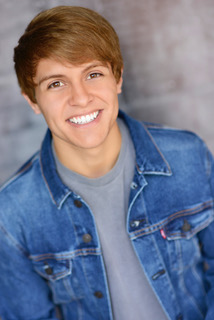