Annber Breimon is a graduate of the University of Dubuque’s Fine and Performing Arts program with a concentration in Acting. Learning from the techniques of Stanislavski, Meisner and Chekhov created the foundation for her to portray the ambitious Lady Macbeth, the roller coaster that is Cathy in the Last Five Years, the benevolent beauty Belinda Blair in Noises Off, the opinionated Claire in Proof, the hyper-serious Matt in Matt and Ben, and finally the conflicted Nina in Antlia Pneumatica. She earned her BA in May of 2018 and is now living in Los Angeles.

Annber spent her summer teaching Improv and Acting for the Screen at The Scene Studio in Dubuque, IA. She also hosted a movie camp where she co-produced, wrote, directed and acted in a short film in one week. She enjoyed playing the camp counselor because she could use the quirky character as a great foundation for many improvised lines that made it into the final cut.
​
Originally from Wisconsin, Annber has that mid-western work ethic as well as a serious thing for cheese! She is a quirky individual with a laugh loud enough to quiet an entire room. Her red hair has always made her stand out and she is proud to be a Ginger. She enjoys traveling and learning about new cultures through their architecture and delicious food. She spends her free time hanging out with friends, working out, cooking, reading or watching TV. Although, she typically tries to keep herself busy because she can’t do “nothing” for too long.

She is eager to begin her professional career and looks forward to bringing her bubbly personality and infectious smile to roles like Jesse in New Girl, or a thrilling new Netflix Original Series. 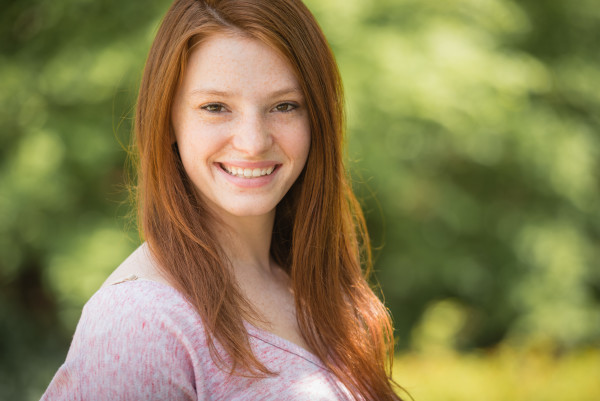